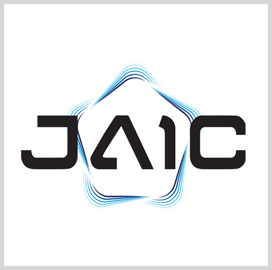 Officials previously described the JCF as an AI development environment featuring cloud platforms where military developers can make the most out of the emerging technology.

Former JAIC acting Director Nand Mulchandani has said that the JCF will be supported by several cloud platforms across DOD, including the Air Force’s Cloud One and the Joint Enterprise Defense Infrastructure.

Following the initial launch, Groen announced plans to add a “block upgrade” to the JCF every month to expand its data hosting and coding capabilities. He said he also wants to add more services every month.

Groen said the target market for the JCF is the DOD components that do not yet have a service-designed platform like the Air Force’s Platform One.

JAIC is currently conducting a survey to collect feedback from the initial users of the AI development platform, according to Groen.

Former DOD Chief Information Officer Dana Deasy, a past Potomac Officers Club event speaker and a two-time Wash100 winner, previously said that JAIC wants to establish itself as the go-to place for all of the military’s AI needs in 2021.

The effort will be deemed successful when JAIC becomes used in conversations at all levels of the department, Deasy added.