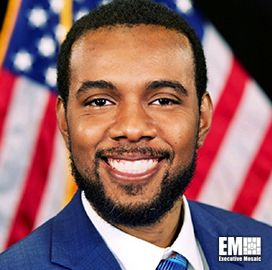 Saunders previously served as CISO at the Small Business Administration before moving to OPM in April 2021. According to a source in federal IT, Saunders has been acting as an “unofficial” CISO since he joined the agency.

His LinkedIn profile shows that Saunders is a senior adviser for cloud and cybersecurity.

At the SBA, the official worked with Guy Cavallo, who previously served as deputy chief information officer at the agency. Both officials implemented the requirements of the Coronavirus Aid, Relief and Economic Security Act and the IT systems for the Paycheck Protection Program and the Economic Injury Disaster Loan program, FedScoop reported.

Leaders at OPM have been modernizing the agency’s IT systems following criticism. A study from the National Academy of Public Administration identified IT deficiencies at the OPM and offered 23 recommendations on separate issues.

In September, OPM expressed support for a proposed working capital fund that would finance necessary IT modernization projects.