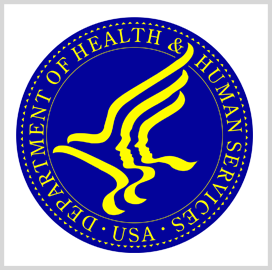 The Department of Health and Human Services has named Karl Mathias as its new chief information officer, according to FedScoop sources.

He will assume the responsibilities of George Chambers, who has been serving as HHS CIO in an acting capacity since Jan. 1, FedScoop reported Wednesday.

Mathias most recently served as the CIO of the U.S. Marshals Service, an organization that oversees more than 300 federal contractors, according to his LinkedIn profile.

In the said role, Mathias was responsible for modernizing the service’s legacy information technology systems as well as managing its IT application portfolio.

He also provided input on the USMS strategic plan, annual IT operations plan, the development of IT policy and the creation of governance processes.

Prior to joining USMS, Mathias served as deputy director of Air Force headquarters information management. He was previously executive director of the 844th Communications Squadron and chief of the plans and policy division at Air Force Materiel Command headquarters.

His other roles include program manager for the Air Force Research Laboratory, command and control military adviser for the U.S. Military Training Mission to Saudi Arabia and deputy head of the Air Force Institute of Technology’s electrical engineering department, according to his profile.