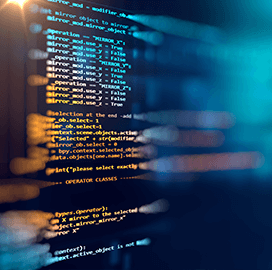 Kessel Run is the operational name of Detachment 12 of the Air Force Life Cycle Management Center. The Boston, Massachusetts-based unit is tasked with delivering warfighting software products to airmen and revamping the service’s software acquisition process.

Bookwalter most recently served as the deputy director for talent management and people operations at the U.S. Digital Service, a team of technology experts in the Executive Office of the President.

She has completed her first week as the chief of staff for Kessel Run’s All Domain Common Platform team, FCW reported Monday.

In an interview with FCW, Bookwalter said that she plans to further ingrain diversity, equity and inclusion in the detachment’s workplace practices. She commended Kessel Run for already holding diversity hiring days and diversity workshops. According to Bookwalter, the unit can do more by attending diversity-focused technology events such as the Grace Hopper Celebration conference and Afro Tech.

She added that Kessel Run and the larger AFLCMC have shown excellence in all aspects. Bookwalter said she wants to find out how the detachment can share its best practices across the government. I love collaboration. And it’s something that I’d like to continue to run with,” she told FCW.