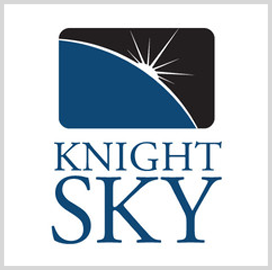 The EM&C 2.0 project is the third phase of a prototype development effort that began with the U.S. Air Force’s Pilot 2 Program. The Air Force effort sought to define and validate the terminal manager and the flexible terminal interface for all satellite communication terminals within the Department of Defense, Knight Sky said Wednesday.

The USAF pilot program was followed by EM&C 1.0, which focused on defining the DOD’s architecture for the SATCOM enterprise.

In the previous projects, the DOD used Knight Sky’s interface between the EM&C Orchestrator and the terminal manager as the basis for the Space Force’s Flexible Terminal Interface standard.

Meanwhile, the company’s EM&C 2.0 contract will cover the development and delivery of the Terminal Registry Service.

The TRS is aimed at providing an “authoritative source of truth” for SATCOM terminals under the DOD that gives access to current and future SATCOM planners, DOD logistics support, budget planning and data analysis, Knight Sky explained.

Under the contract, the company will continue EM&C program efforts by providing services such as planning, orchestration and situational awareness delivery to various stakeholders and user roles.

Posted on September 3, 2021 by Andrea McHale