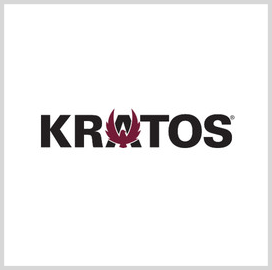 Kratos Defense and Security Solutions said it has demonstrated an integrated satellite communications capability that introduces real-time situational awareness to a secure environment.

The demonstration involved a test of the Department of Defense’s Enterprise Management and Control plan, which is an effort to optimize access to a hybrid satellite constellation used by multiple service providers, Kratos said Monday.

“This demonstration of EM&C helped the warfighters better understand the key satellite links used for communication and enabled precision identification, characterization, and troubleshooting of interference along the long-haul communication pathways,” said Lt. Col. Gary Thompson, an official with the Space and Missile Systems Center.

The capability is expected to play a key strategic role in providing warfighters with assured satellite communications access to legacy and next-generation terminals.

The event also demonstrated the ability to gather information from sensors and satellites through the Unified Data Library, a government-owned cloud database available for the DOD and U.S. coalition partners.

According to Kratos, the effort was part of the joint all-domain command and control demonstration by U.S. European Command, U.S. Air Forces in Europe and Air Forces Africa and the Air Force Chief Architect Office.