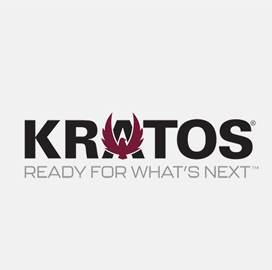 If all options are exercised, the contract’s ceiling could reach $86 million, with work estimated to be completed by April 4, 2028, according to a contract announcement posted on Defense .gov. Work locations and funding will be determined on a per order basis.

Micro Systems beat out one other contractor to win the contract.

“This enables us to evolve, develop and apply new technologies to the UAS / UGV command and control systems for the Army, which support development, testing and training associated with our country’s defensive systems and military personnel,” he said.

According to Fendley, Kratos’ ground-based infrastructure capability will be critical to further developing the C2 system.

The award builds on Micro Systems’ decades-long work of producing and supplying unmanned aerial and ground target C2 systems for the Department of Defense.