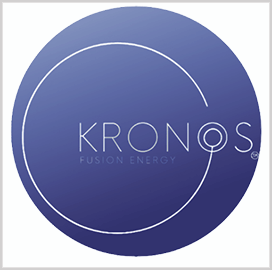 Kronos Fusion Energy has called on the federal government to subsidize the private sector’s development of fusion energy technologies, which the company said are critical to the United States’ bid for energy independence.

Operation Warp Speed, a public-private joint effort to accelerate the development of a coronavirus vaccine, demonstrated the effectiveness of providing direct subsidies and grants to the private sector, Kronos Fusion Energy said.

According to the company, the government should adopt a similar approach to advancing fusion energy technologies to ensure the United States’ advantage in areas such as defense.

Kronos added that it is simultaneously developing fusion energy solutions for the energy, defense and space markets.

CEO Paul Owen said that the company is building a team of experts from academia, government and industry.

The company released its statement ahead of the White House’s commercial fusion energy summit to be held on March 17.

The summit will be hosted by the White House Office of Science and Technology Policy and the Department of Energy and joined by stakeholders in government, industry and academia.

In a memo, the White House said that fusion has the potential to support President Joe Biden’s efforts to decarbonize the U.S. economy by 2050.