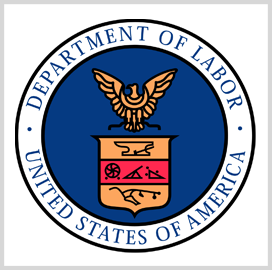 In response to a recent surge in scams, the U.S. Department of Labor announced that it will allocate $240 million in grants to states to bolster fraud detection and prevention efforts. The funding includes $100 million in leftover CARES Act funding and $140 million from the American Rescue Plan.

Fraudsters and other scam artists have spent the past year targeting primarily state unemployment systems. California recently appointed a special counsel to investigate fraudulent claims, which account for at least $11 billion in unemployment the state has paid out, Nextgov reported Thursday.

In Maryland, the state Department of Labor managed to uncover some 508,000 fraudulent unemployment claims over a six-week period. The agency said in a report that while states fast-track crucial pandemic unemployment programs, it is hindered by outdated technology and a lack of resources, making it vulnerable to fraud from international crime rings.

Money from the grant can be used to strengthen identity verification for those filing for unemployment insurance, enhance fraud detection and prevention strategies, improve data management and analytic capabilities, increase cybersecurity, or expand overpayment recovery efforts. The funding can also be spent on strengthening cybersecurity defenses for the websites claimants use to file for unemployment insurance, the Labor Department added.

Matt Pincus, the director of government affairs at the National Association of State Chief Information Officers, said the record number of unemployment claims filed during the pandemic overwhelmed state agencies responsible for administering the release of benefits. He added that while states look to modernize outdated systems used to process claims, cybersecurity is sure to be a key concern.

Meanwhile, the Labor Department said that in order to fill the gap in fraud detection capabilities, it is working with three companies to gain access to their cross matching technology to verify the identity of unemployment program applicants.

GSA Boosts Alliant 2 Ceiling by $25B