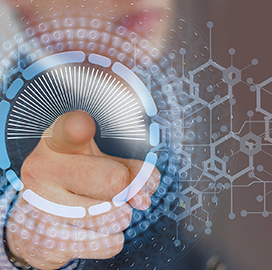 Reps. Gerry Connolly, D-Va., and Darrell Issa, R-Calif., have launched a bipartisan caucus dedicated to promoting the use of modern technologies in delivering services to the public.

The information technology modernization caucus will serve as an informal group of representatives working to educate their fellow lawmakers on technology-related topics, particularly on federal IT, FCW reported Thursday.

Connolly said the government needs to embrace advanced technologies and data analytics to ensure resilience in the event of a crisis.

He noted that the Small Business Administration struggled to process loan and unemployment claim applications during the coronavirus pandemic due to the agency’s outdated IT systems.

Issa said that the United States must not only aim to be the global leader in IT modernization but must also “commit to the pinnacle of invention, innovation and discovery.

The U.S. Chamber of Commerce issued a statement lauding the bipartisan pair of lawmakers’ establishment of the caucus.

Jordan Crenshaw, vice president of the Technology Engagement Center, said the USCC is looking forward to working with the caucus in improving government services.

In its press release, USCC said that public-sector IT infrastructure has for decades lagged behind what is offered by the private sector, a difference that the chamber said was made more apparent during the pandemic.