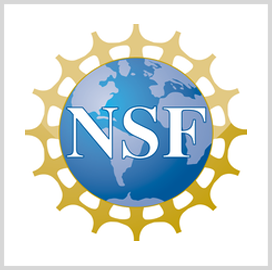 More than 20 representatives and senators are pushing for a $100 billion investment in the National Science Foundation to advance research on emerging technologies.

The proposed investment is specifically geared towards the creation of a technology and innovation directorate within the NSF that would promote strategies and R&D efforts focused on quantum computing and information systems, artificial intelligence, biotechnology, semiconductors and robotics.

The directorate is also envisioned to help diversify the STEM workforce, advance university research projects on the aforementioned technologies and launch programs to accelerate the deployment of new tools to the marketplace, Nextgov reported.

Lawmakers seek to inject $100 billion into NSF as part of the modified Endless Frontier Act.

President Joe Biden made a similar proposal in his $2 trillion American Jobs Plan. In his plan, Biden suggested earmarking $50 billion to launch a new technology directorate in the NSF.

In addition to establishing a new NSF directorate, the legislation proposes allocating $10 billion for the Department of Commerce to boost technology and innovation in regional hubs and $2.4 billion to promote U.S. manufacturing-centered initiatives across the federal government.

Schumer said the legislation will be critical in preserving America’s position as a technological leader in the 21st century.