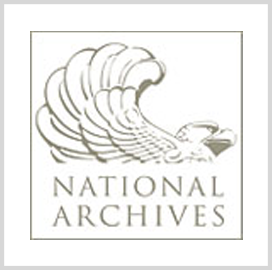 Leaders of the House Oversight and Reform Committee believe that the National Archives and Records Administration could clear its backlog of records requests by modernizing its information technology systems.

One way to achieve this is by obtaining backing from the Technology Modernization Fund, the lawmakers wrote in a letter sent to NARA chief David Ferriero.

The letter stated that the National Personnel Records Center would be able to more quickly process veteran records with upgraded IT systems, FCW reported Tuesday.

“We strongly believe that the digitization of NPRC’s records holdings fits both the objective and the spirit of the TMF, and we urge NARA to apply for additional assistance through this important program,” the lawmakers said.

Digitizing paper-based records is a key priority for NARA. Ferriero informed Congress in July of a mass digitization effort slated for August, which he anticipates will eliminate the backlog of 500,000 records requests by the end of 2022.

Should NARA apply for TMF funding to boost its digitization initiatives, its loans will be subject to a more relaxed payback model. Under the updated repayment scheme, some agencies will be excused from repaying TMF funding in full.