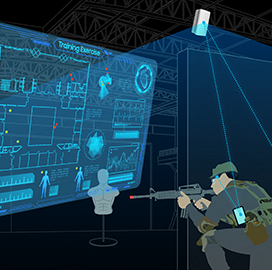 Lockheed Martin and Verizon have partnered to develop military 5G technologies in support of the Department of Defense’s Joint All-Domain Command and Control initiative.

Verizon said it will use its commercial 5G infrastructure to support Lockheed Martin’s 5G .MIL program, which is aimed at combining 5G and tactical gateway capabilities for military communications.

Rod Makoske, chief engineer and senior vice president of engineering and technology at Lockheed Martin, said Verizon’s wireless expertise will advance the DOD’s effort to connect military sensors from all warfighting domains into a single network.

The partners recently conducted a joint demonstration of a Verizon private 5G network at Lockheed’s 5G test range in Colorado.

Verizon said the network was connected to a Lockheed open mission system processor running mission applications at a test center in Texas.

Posted on November 3, 2021 by Robert Johnson