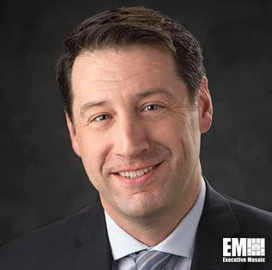 Industry veteran Chris Johnson is set to join Maxar Technologies as senior vice president of space programs delivery. In the role, Johnson will be tasked with overseeing processes involved in the development of spacecraft and robotic systems, from design to distribution.

Johnson will take on his new role at Maxar after spending more than two decades at Boeing, most recently as president of Boeing Satellite Systems International, SpaceNews reported.

During his time at the aerospace company, Johnson led the strategy, capture, development and manufacturing teams of the commercial satellite business.

Johnson will officially begin executing his responsibilities under his new Maxar job on May 24. He will assume the role from Paul Estey, who has served as interim SVP of space programs delivery since January.

The Boeing veteran joins Maxar as the Colorado-headquartered space technology company deals with the in-orbit failure of the Sirius XM-7 satellite that took place after its December 2020 launch.

In February, Maxar CEO Daniel Jablonsky said that the company was still troubleshooting the issue.