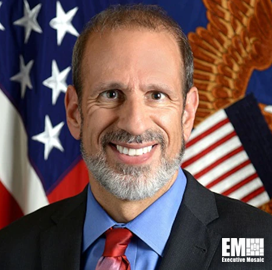 The Senate has confirmed Mike McCord as the undersecretary of defense (comptroller), a high-level civilian position appointed by the president.

McCord assumes his role at the Department of Defense for the third time after holding the position between 2009 and 2014 and from 2014 to 2017.

In the said role, McCord is responsible for advising Secretary of Defense Lloyd Austin and Deputy Secretary Kathleen Hicks regarding budgetary and fiscal matters, FedScoop reported.

During McCord’s confirmation hearing, he took note of the importance of the DOD’s audit for identifying waste in an “era of cyber intrusions.” McCord said that he would work to accelerate the audit process to secure the U.S and its assets.

Prior to his return to the government, McCord served as a member of the Commission on the National Defense Strategy for the U.S. and of the Ohio State University Department of Economics Advisory Board.

Currently, he is a fellow at the National Academy of Public Administration and director of civil-military programs at the Stennis Center for Public Service, according to his LinkedIn profile.

He is also a member of the board of trustees of the Aerospace Corporation and serves as an adjunct research staff member at the Institute for Defense Analyses in Virginia.

The newly confirmed defense comptroller is a graduate of the Ohio State University with a bachelor’s degree in economics. McCord also holds a master’s degree in public policy analysis from the University of Pennsylvania.