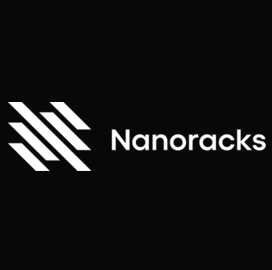 Nanoracks, together with Lockheed Martin and Voyager Space, will build a commercial space station as part of NASA’s Commercial Low-Earth Orbit program.

The project, dubbed Starlab, will promote a commercial space economy and support NASA’s goal of transitioning to industry-built space hubs ahead of the retirement of the International Space Station.

NASA awarded an initial $160 million to Nanoracks via a funded Space Act Agreement through 2025, the Starlab team said Thursday.

The free-flying commercial space station is expected to achieve initial operating capability in 2027, ensuring continuous human presence in LEO by U.S. entities. It is expected to continuously host a maximum of four astronauts for science and research purposes.

As the development lead for Starlab, Nanoracks will leverage prior experience advancing the commercial utilization of ISS.

Lockheed Martin will offer engineering expertise as the technical integrator. One of the company’s main contributions to the project is the development of Starlab’s large inflatable habitat.

The $160 million award to Nanoracks is one of three contracts issued by NASA to build commercial space stations.

Blue Origin secured $130 million in funding for the development of its Orbital Reef space station. The Jeff Bezos-led company is teaming up with Sierra Space and Boeing in order to launch the spacecraft in the second half of the decade.

Northrop Grumman received $125.6 million to construct a space station, which it said will enable “sustainable commercial-based missions where NASA does not bear all the costs.”

Posted on December 3, 2021 by Adrian Rosenberg