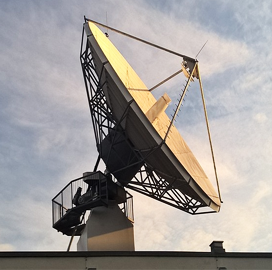 NASA activated a new antenna that allows ground-based personnel to communicate with spacecraft that are exploring the solar system. DSS-53 is a 111-foot beam waveguide antenna located at the Deep Space Network site just outside Madrid, Spain, which is operated for NASA by Spain’s National Institute of Aerospace Technology. The antenna will support the DSN’s mission to track, send commands to and receive scientific data from vehicles in deep space.

DSS-53 is the DSN’s fourth beam waveguide antenna and 14th antenna overall. DSS-53 will communicate on frequencies most commonly used by NASA spacecraft. According to Bradford Arnold, manager of the Deep Space Network program, the new antenna adds around 8 percent more capacity to the network, NASA Jet Propulsion Laboratory said.

DSN currently supports around 40 missions and will support another 40 that will be launched in the coming years. The three DSN sites are located in Madrid, Spain; Canberra, Australia; and the Goldstone facility near Barstow, California. These sites capture images of asteroids and will support the forthcoming Europa Clipper mission, which would reveal if Jupiter’s icy moon – Europa – could support life.

DSN ground stations are spaced almost evenly around the world. The sites are purposefully located to ensure that NASA is able to monitor space missions while the planet rotates.

A fifth beam waveguide antenna is set to be built at the DSN site in Goldstone and a sixth is planned for the Canberra site. The objective is for each DSN site to have four such antennas.