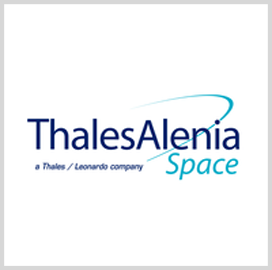 The $6 billion RAPID IV contract vehicle is aimed at providing the government with a flexible means to acquire spacecraft and related components and equipment, NASA said.

Thales Alenia Space is a French-Italian aerospace manufacturer that specializes in manufacturing space-related products, including spacecraft and satellites. The company is a joint venture between Thales and Leonardo.

According to its webpage, Thales Alenia Space offers a range of services and solutions in telecommunications, navigation, Earth observation, environmental management, exploration, science and orbital infrastructure.

RAPID IV was launched in September 2020 and will last through the end of August 2025, according to market researcher GovTribe.

The predecessor RAPID III, which expired in March 2020, was focused on modifying satellite bus core systems to meet specific mission needs, according to GovTribe.