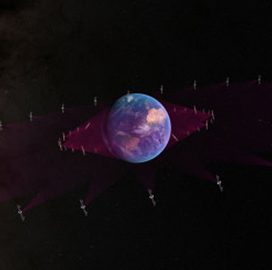 The National Aeronautics and Space Administration announced that three investigation teams have been selected to join its Geospace Dynamics Constellation mission science team in studying Earth’s upper atmosphere. The three teams will be given a combined budget of $149 million to design and deliver instruments to be used in the mission, NASA said Wednesday.

In a statement, the space agency said that the studies to be conducted by the new teams include the Comprehensive Auroral Precipitation Experiment, Atmospheric Electrodynamics probe for THERmal plasma, and Modular Spectrometer for Atmosphere and Ionosphere Characterization.

Thomas Zurbuchen, the associate administrator for science at NASA, said insights gleaned from the GDC experiments will greatly increase understanding of space weather as well as provide clues on how to mitigate its harmful effects. He added that knowledge gained from studying the ionosphere and thermosphere region helps scientists gain a better understanding of orbital debris in that domain while helping guide NASA’s missions in low-Earth orbit.

NASA said that the satellites comprising GDC will orbit in the same altitude range as the International Space Station. It was explained that this region is where Earth’s I-T system strongly responds to energy inputs from the sun and the space environment above, and from the lower atmosphere below, and where it internally redistributes this energy throughout near-Earth space.

The GDC satellite constellation is scheduled for launch no earlier than September 2027, the space agency said.

Meanwhile, NASA said its scientists are currently evaluating up to five additional studies for inclusion in the mission. Of the five, two will be selected.