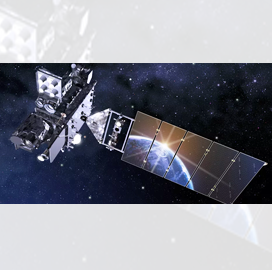 NASA has launched the Geostationary Operational Environment Satellite for the National Oceanic and Atmospheric Administration. The satellite, which is the third in a series of next-generation weather monitoring spacecraft, was loaded onto a United Launch Alliance Atlas V rocket.

Nearly four hours after launch, mission managers confirmed that GOES-T’s solar arrays were successfully deployed and that the satellite was operating on its own power.

GOES-T will continuously monitor the weather and hazardous environmental conditions in the Western Hemisphere. It will also predict how space weather near Earth could affect satellite electronics, navigation signals and radio communications, NASA said.

The satellite will be positioned in geostationary orbit, and when it reaches its destination, it will be called GOES-18. The spacecraft will then undergo a series of instrument checks before it goes into service.

The position will allow the spacecraft to sweep the U.S. west coast and the Pacific Ocean from west to the east. The scanning pattern will give forecasters an upstream view of weather patterns and potential risks.

The satellite is under the GOES-R program, which is overseen by NOAA. The satellites are manufactured and tested by Lockheed Martin, while the payload and ground systems are supplied by L3Harris Technologies.

The Goddard Space Flight Center oversees all acquisition matters for the GOES-R spacecraft and instruments. It designed the magnetometer that is equipped on GOES-T.