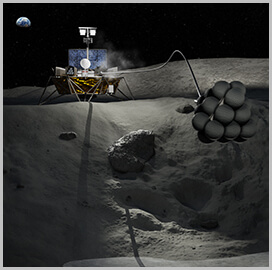 The National Aeronautics and Space Administration announced that it has launched the second phase of its Break the Ice Lunar Challenge, a competition for advancing technology in excavating the moon’s surface. The contest is in line with efforts to make astronauts less dependent on supply deliveries from Earth by giving the technologies to mine the moon for needed resources, NASA said Thursday.

In a statement, the space agency said that high on its list of priorities is making future lunar operations more sustainable by using readily available resources. It is currently eyeing technologies that could convert lunar ice into rocket fuel, drinkable water or other vital resources needed by explorers.

The contest’s Phase 2 specifically looks for technologies to maximize resource delivery while minimizing energy use and the mass of equipment delivered to the lunar surface. It contains three levels, will last for 23 months, and offers a total prize purse of $3 million, according to NASA.