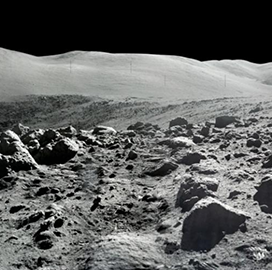 NASA has awarded five fifteen-month contracts totaling $145.8 million for the development of human landing system concepts to ensure a long-term human presence on the Moon.

Contract work will inform the strategy and requirements for a future NASA solicitation aimed at providing regular astronaut transportation from lunar orbit to the surface of the Moon, which, according to Kathy Lueders, associate administrator for human exploration and operations at the NASA headquarters, is a major goal of the Artemis program.

“This critical step lays the foundation for U.S. leadership in learning more about the Moon and for learning how to live and work in deep space for future missions farther into the solar system,” Lueders said in a statement.

Industry is playing a big role in the space agency’s bid to explore the lunar surface.

JSC said it needs an LTV to enable astronauts to explore the lunar surface farther than before and exceed the area covered by previous Apollo rovers.

Posted on September 15, 2021 by Adrian Rosenberg