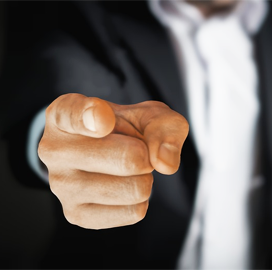 NASA has announced the appointment of Rae Ann Meyer to associate director at the Marshall Space Flight Center.

Based in Huntsville, Alabama, Marshall provides NASA with critical propulsion systems and hardware, launch vehicles, space systems, engineering technologies and other science and research solutions, according to its website.

Meyer will also help manage Marshall’s 7,000 on-site and near-site employees, as well as oversee the center’s approximately $3.6 billion annual budget, according to NASA.

Jody Singer, director of the space flight center, said that Meyer has more than two decades of experience in government operations and management.

Singer said that Meyer’s leadership experience at Marshall’s Science and Technology Office and other NASA programs will be valuable for the center’s space exploration mission.

Meyer took on the role of deputy manager at the Science and Technology Office in May 2019. The office was responsible for planning and executing various types of scientific activities in support of NASA.

As deputy manager, Meyer helped handle a budget of more than $485 million, as well as a technical workforce of about 300 civil service and contractor employees.

From 2017 to 2019, Meyer served as manager of Marshall’s Science and Technology Partnerships and Formulation Office. She was also a technical adviser for the Office of Strategy and Plans at NASA Headquarters in 2016.

Meyer joined NASA in 1989 as a control mechanisms engineering in Marshall’s propulsion laboratory.