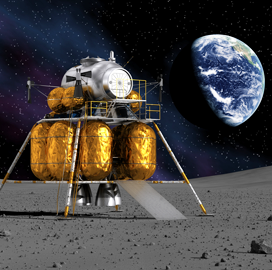 NASA Offers $200M, Use of Facilities to Space Companies With Promising Tech

The National Aeronautics and Space Administration has called on companies that are currently developing new technologies intended to facilitate space exploration to take advantage of two new financing opportunities. Up to $200 million is being offered under the Tipping Point funding program, which aims to support technologies that can foster the growth of commercial space capabilities and benefit future agency missions, NASA said Tuesday.

In a statement, the space agency said that the financial support to be awarded under Tipping Point will give promising space companies “a little extra push” to finalize the development of novel technologies. Additionally, NASA is also offering businesses a chance to work with agency experts or use facilities to complete their work through a separate Announcement of Collaboration Opportunity.

NASA Administrator Bill Nelson said that NASA’s monetary assistance at the most crucial final stages of development can be the key to bringing new technologies to market and into actual use in space. Public-private partnerships established through these opportunities will combine agency resources with industry contributions to bring to fruition new ideas in advancing how Americans can live and work in space, he added.

It was explained that Tipping Point will distribute $200 million among multiple space companies using funded Space Act Agreements. The funding opportunity is also open to small businesses, allowing companies with fewer than 500 employees to play a larger role in developing ground-breaking space technologies.

Meanwhile, NASA explained that the Announcement of Collaboration Opportunity allows companies to use NASA equipment and facilities as well as its personnels’ expertise to aid in technology development without an accompanying monetary award. The space agency invited interested companies to submit their proposals before March 31.