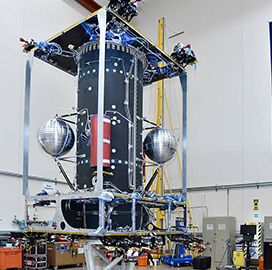 The National Aeronautics and Space Administration announced that the robotic On-orbit Servicing, Assembly and Manufacturing 1, a system designed to provide maintenance to satellites already in orbit, has passed its critical design review phase. Passing this phase paves the way for the construction of OSAM-1’s spacecraft, payloads and ground system, NASA said Friday.

In a statement, NASA said that together with Maxar Technologies, it completed the mission CDR in February. The mission review examined all the elements of OSAM-1 that will act together as an integrated system. These included the spacecraft bus, the servicing payload, the Space Infrastructure Dextrous Robot and the associated ground systems.

NASA explained that the servicing payload alone contains 16 subsystems that control two robotic arms designed to help refuel satellites. The SPIDER payload, which contains a third robotic arm designed to assemble a communications antenna and a composite beam in space, was likewise evaluated under the CDR.

Meanwhile, Maxar said that OSAM-1 will allow for the refueling of satellites in low-Earth orbit that were not designed to be refueled. The company emphasized that the success of the program will spur a new era in sustainable space operations essential for science, national security and space exploration.

In February 2020, NASA awarded a $142 million contract to Colorado-based Maxar to robotically assemble a communications antenna and manufacture a spacecraft beam in orbit. The technology demonstration was slated to take place on NASA’s Restore-L spacecraft, which was later renamed as OSAM-1.