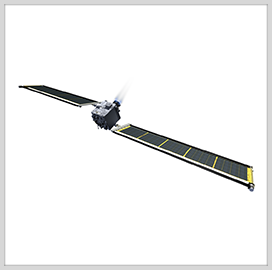 NASA has postponed the launch of a spacecraft meant to prevent the impact of potentially hazardous asteroids on Earth.

NASA originally scheduled the launch during the primary launch window between July 21 and Aug. 24 but ultimately decided against it due to problems with two of the DART spacecraft’s major components, Space .com reported.

A risk assessment revealed that the spacecraft’s main instrument, the Didymos Reconnaissance and Asteroid Camera for Optical-navigation, needed reinforcement to ensure it could withstand launch.

Meanwhile, the delivery of the spacecraft’s roll-out solar arrays was pushed back due to supply chain issues caused partly by the COVID-19 pandemic.

In a statement, NASA officials said the pandemic has been a big contributor to multiple issues in the DART mission.

“Testing equipment before launch is a crucial step in all missions to ensure mission success, and project teams build time into processing schedules to accommodate for potential delays,” agency officials said.

According to Thomas Zurbuchen, associate administrator of NASA’s Science Mission Directorate, the space agency is targeting the earliest possible launch to begin the mission.

NASA has its sights set on a secondary launch window that opens on Nov. 24 and closes on Feb. 15, 2022. The Launch Services Program within NASA is currently working with SpaceX to figure out the earliest possible launch opportunity within the backup window.

The DART spacecraft is set to launch aboard the SpaceX Falcon 9 rocket from the Vandenberg Air Force Base in California.

Despite the delay, officials said the spacecraft would still arrive at its target location, as scheduled, on October 22.