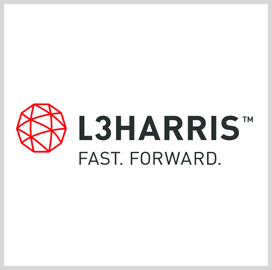 The Advanced Baseline Imager helps provide weather data as it captures continuous images of Earth and scans the Western Hemisphere every five minutes, L3Harris said. ABI will be integrated into the GOES-U satellite, the final member of the GOES-R series slated to launch in April 2024 at the Kennedy Space Center.

The third ABI is already installed on GOES-T, the penultimate satellite in the constellation scheduled to launch on March 1, 2022, from Cape Canaveral.

In addition to developing imagers for the constellation, L3Harris will take over command and control of the weather satellites using its enterprise ground system.

The defense contractor will continue to be part of the next-generation Geostationary and Extended Orbits program, which will eventually replace GOES-R. The GeoXO satellites are scheduled to launch in the 2030s and will feature weather imagers with higher spatial resolution and improved data compression algorithms, as well as sounders developed by L3Harris.