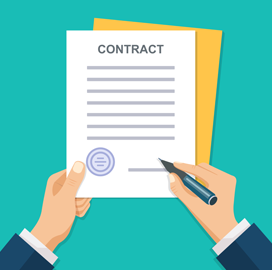 NASA has posted a preliminary draft request for proposals for its Consolidated Applications and Platform Services contract, which unifies information technology requirements across various existing contracts at an estimated $2 billion. NCAPS is an Alliant 2 governmentwide acquisition contract with indefinite-delivery/indefinite-quantity task orders.

The RFP follows a February announcement that the agency would support plans by its Office of the Chief Information Officer to shift to a new enterprise model. NASA expects to solicit bids on Oct. 12 and make an award by June 5, 2023, FedScoop reported.

According to the document posted on SAM .gov, the services to be rendered for the OCIO include information security, platform services, data analytics and automation support. NCAPS is an Alliant 2 governmentwide acquisition contract with indefinite-delivery/indefinite-quantity task orders.

The initial draft work performance statement for NCAPS mentioned that the upcoming deal would overhaul the OCIO’s application division into an application and platform service line that will employ agile development practices.

The agency publicized a determination and findings document in August that said, among other reasons, NCAPS is intended to reduce expenses and streamline processes with an estimated annual savings of $52 million factoring in administrative costs. Furthermore, major existing agreements with SAIC, General Dynamics and Mori Associates are expected to be impacted.