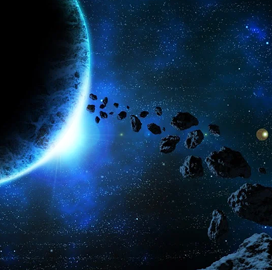 The National Aeronautics and Space Administration‘s next-generation asteroid impact monitoring system has gone online. The system is designed to improve the agency’s ability to assess the impact risk of asteroids that can come close to Earth. To date, nearly 28,000 near-Earth asteroids have been identified by survey telescopes that continually scan the night sky, adding new discoveries at a rate of about 3,000 per year, NASA said Tuesday.

NASA said that it expects a rapid increase in asteroid discoveries as larger and more advanced survey telescopes contribute to the search over the next few years. In anticipation of this increase, the space agency’s astronomers have developed a next-generation impact monitoring algorithm, called Sentry-II, to better evaluate NEA impact probabilities.

NASA’s Jet Propulsion Laboratory in Southern California manages the Center for Near-Earth Object Studies, which calculates every known NEA orbit to improve impact hazard assessments. CNEOS has monitored the impact risk posed by all known NEAs with software called Sentry, the earlier iteration of Sentry-II, which was originally developed by JPL.

Javier Roa Vicens, who led the development of Sentry-II while working at JPL, said the first version of Sentry was a very capable system that was in operation for almost 20 years. The system was based on some “very smart mathematics” capable of reliably getting the impact probability over the next 100 years of a newly discovered asteroid, he added.

However, Vicens, who now works at SpaceX, said with Sentry-II, NASA has a tool that can rapidly calculate impact probabilities for all known NEAs, including some special cases not captured by the original Sentry. By systematically calculating impact probabilities, researchers have made the impact monitoring system more robust, enabling NASA to confidently assess all potential impacts with odds as low as a few chances in 10 million, he explained.