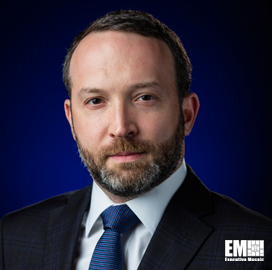 The official made the comments during his appearance at a TechCrunch online panel discussion.

According to MacDonald, one exciting prospect, from a market dynamics perspective, is the race between companies to develop commercial stations, SpaceNews reported Tuesday.

NASA is seeking proposals from industry for commercial low Earth orbit destinations in anticipation of the impending retirement of the International Space Station. The space agency said in a previous announcement that the CLDs will support the growth of commercial LEO activities and the development of a robust commercial space economy from which customers, including private entities, public institutions and foreign governments, can purchase services.

Lockheed Martin, together with Nanoracks and Voyager Space, is working on a free-flying commercial space station called Starlab, which is expected to achieve initial operational capability by 2027.

Meanwhile, Blue Origin is teaming up with Boeing, Redwire and Sierra Space for its Orbital Reef space station.

MacDonald argued that having diverse concepts from commercial companies is important in human spaceflight.

“Commercial space is already playing a massive role in the delivery of NASA missions” and more partnerships will be pursued, he added.

The Space Force, despite lagging behind NASA in terms of commercial partnerships, is also looking forward to procuring more commercial services beyond satellite communications.

Posted on November 3, 2021 by Adrian Rosenberg