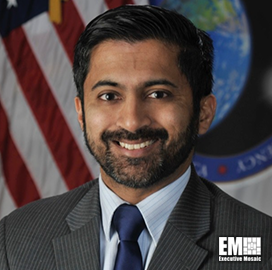 The White House has appointed Chirag Parikh as executive secretary of the National Space Council, an organization chaired by Vice President Kamala Harris.

In the role, Parikh is responsible for leading the daily activities of the council, which is expected to hold its first meeting in the fall.

The Trump administration reestablished the council in 2017 after a hiatus that spanned nearly a quarter of a century, SpaceNews reported.

Parikh had worked for the government before. According to his LinkedIn profile, from 2008 through 2020, he held leadership roles at the Office of the Director of National Intelligence, the National Security Council and the National Geospatial-Intelligence Agency.

From the NGA, Parikh moved to Microsoft’s Azure Space. There he would serve as senior director for over a year before finally joining the Biden administration in his latest role.

Parikh’s career also includes a decade serving in the U.S. Air Force. From 1997 through 2008, he worked at the National Air and Space Intelligence Center as an aerospace engineer. NASIC functions as the Department of Defense’s primary source for foreign air and space threat analysis.

Parikh is an alumni of the University of Cincinnati and holds a degree in aerospace, aeronautical and astronautical engineering.