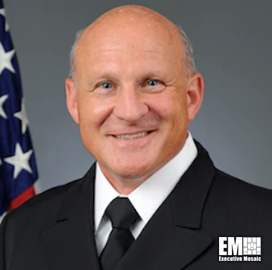 The service’s top officer spoke about the divest-to-invest strategy during a “State of the Navy” question-and-answer session.

According to Gilday, the strategy will allow the Navy to build a more capable and lethal fleet but not necessarily a bigger one unless Congress approves a topline budget growth, USNI News reported Tuesday.

The service has already set its sights on a lower manned ship fleet size.

According to an updated shipbuilding plan submitted to Congress, the Navy is targeting to build a fleet with 321 to 372 manned ships. The lower limit of the estimate is 34 ships short of the much-talked-about standard of a 355-ship fleet.

Gilday explained that the decades-old ships will be retired due to the near obsolescence of associated radar systems and other reliability issues. The Navy would have to shell out $5 billion during the next five-year defense budget in order to keep the cruisers operational.

He also hopes to integrate fourth and fifth-generation strike fighters like the F-35C Lighting II Joint Strike Fighters into the future naval fleet.