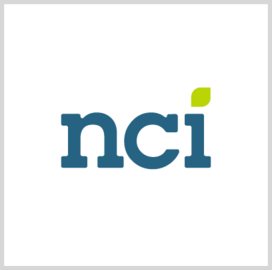 NCI Information Systems announced that it has been awarded a two-year recompete for a $14 million prime contract from the Federal Communications Commission. The contract calls for the delivery of a new, modernized Universal Licensing System with a microservice-based API-driven design that complies with FCC non-functional requirements such as security, accessibility, scalability and data retention while incorporating requirements driven by the FCC’s business process reengineering effort, NCI said Thursday.

NCI’s leadership said that through the Universal Licensing System modernization support contract, the company can apply new technology solutions and agile methodologies to continue advancing the FCC’s ULS system. The contract win builds on 25 years of delivering IT support and technology solutions to the FCC.

NCI President Paul Dilahay, a three-time Wash100 awardee, said that the modernization of IT systems enables agencies like the FCC to enhance flexibility and reconfigurability, lower costs and strengthen system security. He added that government agencies are facing enormous challenges such as outdated software and legacy systems.

The FCC’s licensing initiatives are constantly evolving, which requires a reliable, flexible and scalable system that can accommodate system improvements and new services. NCI touts that its customized IT transformation services will meet the needs of the agency and deliver on its promise to support the FCC mission.

In September, NCI was awarded a $112 million prime contract extension from the Centers for Medicare & Medicaid Services. Under the Comprehensive Error Rate Testing contract, the company would expand the deployment of artificial intelligence solutions, including the use of robotic process automation and machine learning, to advance the agency’s monitoring, measuring and reporting of Medicare Fee-for-Service improper payments. NCI said the contract extended its more than 20-year history of supporting the CERT program.