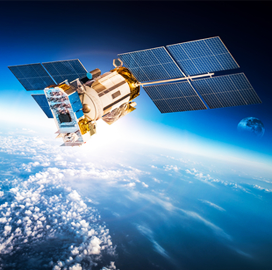 The Sentinel-6 Michael Freilich sea level satellite has taken over from its predecessor, the Jason-3 orbiter. Other satellites that measure sea surface height will now compare their data with that generated by Sentinel-6 to ensure that their readings are accurate.

The new sea level monitoring satellite is a joint project between the United States and Europe. It launched from Vandenberg Air Force Base in November 2020 and underwent data accuracy tests and validation before it took over from Jason-3, NASA said Tuesday.

With the new satellite now operational, teams will move Jason-3 into an interleaved orbit. It will continue to measure sea level height from the orbit, but the information it will gather will not serve as the official reference. It will support the data gathered by Michael Freilich and will help increase the spatial resolution of sea level measurements provided by both satellites.

NASA is slated to launch Sentinel-6B, the twin satellite of Sentinel-6 Michael Freilich, in 2025.

The two Sentinel-6 satellites make up the Copernicus Sentinel-6/Jason-Continuity of Service Mission. It is a jointly developed mission by the European Space Agency, NASA, the National Oceanic and Atmospheric Administration, and the European Organisation for the Exploration of Meteorological Satellites.