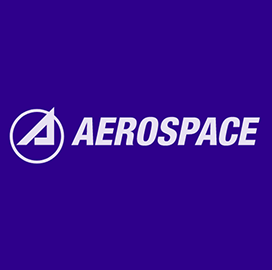 A new study by Aerospace Corp. said the departments of Defense and Commerce could broaden discussions on future weather satellite programs as they transition to newer systems for collecting meteorological data.

According to the study, such a transition opens up an opportunity for national dialogue and coordinated discussions with groups like the United States Group on Earth Observations and the Interagency Council for Advancing Meteorological Services.

One of the report’s authors, Thomas Adang, said coordinating future investments could provide the agencies a deeper understanding of the needs of users of weather data, SpaceNews reported Tuesday.

A lack of a more coordinated government-wide approach in weather satellite investments could put the U.S. and its allies in a position where they have to rely on adversaries for critical weather data, the study stated.

The DOD is racing to replace the aging polar-orbiting weather satellites in its Defense Meteorological Satellite Program.

The replacements are slated to become operational within the 2024 and 2026 timeframe, leaving the DOD with little margin for error since the current DMSP satellites could reach mission end-of-life between 2023 and 2026.

Failure to deploy the new satellites on time could leave gaps in critical weather data used by military planners.

GOES-T will join a satellite program intended for improving the detection and observation of environmental phenomena that directly affect public safety, protection of property and national prosperity.