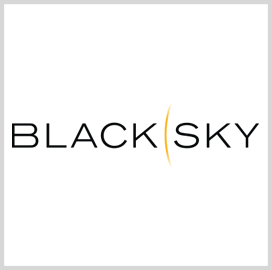 BlackSky Holdings has received a potential $30 million indefinite-delivery/indefinite-quantity contract from the National Geospatial-Intelligence Agency to monitor economic activities around the world.

Work on the contract, which was competitively procured, will be executed over multiple years, BlackSky said Tuesday.

According to a press release, the company will use its advanced artificial intelligence and multi-sensor analytics to identify and understand objects of significant economic interest on a global scale.

BlackSky will also use automated methods while executing the NGA initiative to provide analysts and leaders with insights into relevant global economic indicators.

The company has an AI-powered software-as-a-service platform that can integrate multiple data sources and advanced AI and machine learning capabilities.

When the SaaS platform is combined with BlackSky’s small satellite constellation, the company is able to deliver “high revisit, dawn-to-dusk imaging” to deliver automated pattern-of-life monitoring and anomaly detection, the press release stated.

BlackSky Chief Executive Officer Brian O’Toole said in a statement that the company is honored for being chosen by the NGA to advance its GEOINT mission.

The combat support agency’s primary mission is to collect, analyze and distribute GEOINT to support Department of Defense efforts aimed at strengthening the U.S. national security.

Once finalized, the agreement would result in BlackSky becoming a publicly listed company.