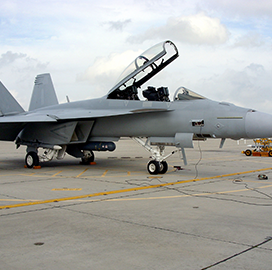 Litening ATPs are electro-optical/infrared sensors that have been in use for over 20 years to conduct targeting and surveillance. Applications for the technology through the years include close air support; intelligence, surveillance and reconnaissance; and humanitarian assistance.

In early 2022, the Navy selected Litening to replace existing F/A-18 targeting pods made by Raytheon. The hardware is under service with the Air Force, Marine Corps and Air National Guard, among others. Northrop said its fourth generation of Litening pods recorded one million hours in flight in 2019 with nearly three million in total across other variants.