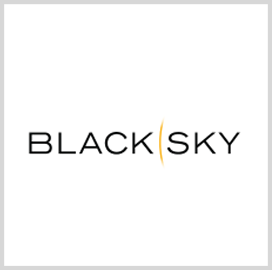 BlackSky Holdings, a geospatial imagery provider, has been awarded a contract modification to provide on-demand satellite imagery to the National Reconnaissance Office through a monthly subscription.

“We are seeing strong demand for tactical intelligence, surveillance and reconnaissance from government agencies including this customer, which is increasing its monthly subscription to BlackSky’s commercial imagery,” O’Toole added.

NRO is a government agency tasked with designing, launching and maintaining U.S. intelligence satellites. The agency provides reconnaissance support to the Department of Defense and the rest of the intelligence community.

BlackSky said its satellites are capable of delivering multiple images a day rather than providing one image collected at roughly the same time each day.

The company added that it plans to build a constellation of 30 high-resolution multi-spectral satellites that can monitor important locations every 30 minutes.

Headquartered in Herndon, Virginia, BlackSky is an intelligence provider that processes data from various space, internet of things and terrestrial-based sensors, according to its LinkedIn profile.