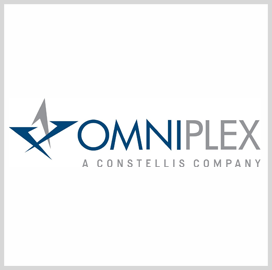 Omniplex, a Constellis company, has been awarded a spot on the Department of Homeland Security’s multiple-award blanket purchase agreement for background investigative services.

Companies selected for the BPA will support the background investigation needs of participating DHS components.

The BPA has a five-year period of performance, Constellis said. It is inclusive of a one-year base period and four one-year option periods. If all options are exercised, contract work could extend until Feb. 28, 2026.

These investigations are consolidated into reports that help the DHS determine whether an individual is well suited for positions of trust or eligible for a national security position. The reports also guide DHS when giving individuals access to classified information.

Omniplex is one of six companies that were selected for the BPA. The other contractors are ADC, CACI, Paragon Systems, Perspecta and CSRA.

The award extends Omniplex’s 20-year partnership with the DHS for background investigative services.

In a statement, David Mathews, president of national security operations at Constellis, welcomed the opportunity to carry out background investigations for personnel vetted to be a part of the U.S. government’s trusted workforce.