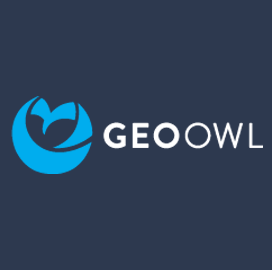 North Carolina-based Geo Owl announced that its Patternflows technology has been chosen by the Department of Defense in its search for highly innovative technologies with the potential to help the U.S. maintain its dominance over near-peer adversaries in short order. The company was among a handful of companies selected to present their technological offerings before the Pentagon’s Rapid Reaction Technology Office during the Global Solutions Meeting 2021.

The technology consists of an Open API structure that is strategically aligned with the DOD’s focus on data usability and interoperability for the future. The technology can be used for any intelligence observation and when used for intelligence, surveillance and reconnaissance missions, potentially “increases productivity by 130 percent compared to current methods,” Geo Owl said Wednesday.

Nick Smith, Geo Owl’s CEO, said Patternflows has been in development for over two years and is finally at the stage where it is ready to be pushed towards its intended market, the Pentagon. He explained that information is collected in a way that allows for a vast expansion of spatial data, which results in 500 times the spatial data when compared to more commonly used methods.

The RRTO said in its program for the Global Solutions Meeting that it will be tapping small businesses, like Geo Owl, to provide “leap-ahead capabilities against near-peer adversaries and fill gaps in critical joint mission needs no later than 2028.”