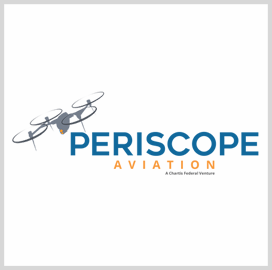 Periscope Aviation has completed a demonstration in Leesburg, Virginia, where it showcased its drone prototype for the U.S. Marine Corps’ Tactical Resupply Unmanned Aircraft System program.

The company, together with Malloy Aeronautics, was selected in 2020 to fulfill the service’s need for a resupply drone capable of carrying a 60 lb payload on a 12 mi round trip. Drones developed as part of the program were intended to deliver supplies such as food, water, fuel and ammunition to Marines on the front line.

Recent tests conducted by Periscope Aviation demonstrated the ability of its MK4-RX prototype to lift up to 135 lb and fly a 12 mi round trip, the Marine Corps Times reported Tuesday.

Looking ahead, Periscope Aviation intends to conduct demonstrations wherein the drone will be required to lift up to 500 lb of payload.

Nick McCarter, chief executive officer of Periscope Aviation, told the publication that MK4-RX has a more streamlined design that allows it to travel through the air with less resistance.

The prototype generates reduced thrust during takeoff, which not only conserves battery life but also translates to longer flight duration.

According to the Marine Corps Times, Periscope Aviation focuses on generating 20 percent thrust at takeoff, which is significantly lower than the 70 percent thrust used by other companies.

In terms of design, MK4-RX can be broken down into six boxes to fit on all-terrain vehicles such as the Polaris MRZR. The drone can be set up and reconfigured into boxes in under five minutes.

Control-wise, it can be operated either autonomously or semi-autonomously through simple tablet computer displays.

The drone also has applications besides transporting supplies including performing communication relay and intelligence, surveillance and reconnaissance missions.