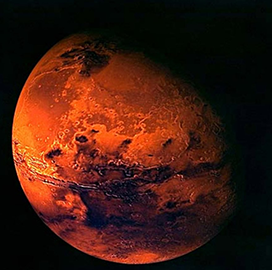 The Mars rover Perseverance has failed to collect any material after making its first sampling attempt, and NASA scientists and engineers are currently working to understand why.

On Friday, NASA said in a statement that Perseverance had drilled a sample from a rock on the floor of the Red Planet’s Jezero Crater. However, the sample did not make it into a titanium tube that would store the material for an eventual return to Earth.

Project officials believe it is more likely that unforeseen properties of the rock kept it from entering the tube rather than a malfunction on the part of the equipment, SpaceNews reported.

According to Jessica Samuels, surface mission manager for Perseverance at the NASA Jet Propulsion Laboratory, the collection process involves inserting a probe into the sample tube to measure the volume of the material it contains.

The probe, however, did not encounter the resistance that would be there if the tube contained a sample, Samuels explained.

In the same Aug. 6 statement, Perseverance Project Manager Jennifer Trosper said that her team will spend the next few days analyzing the data they have.

The Perseverance team will also acquire additional diagnostic data to understand the root cause of the issue, Trosper added.

The work will include imaging the drill hole using a camera on the Mars rover’s robotic arm.

NASA says previous tests of the sampling system, done on Earth before launch and on Mars after its landing in February, were all successful. A problem with the rover’s sampling system would upend the space agency’s long-term Mars exploration strategy.

While the news causes some concern, NASA noted that past Mars missions have always had problems with drilling or gathering materials.

Trosper, who has been on every Mars rover mission, emphasized that it is not unusual to have complications during “complex, first-time activities.”