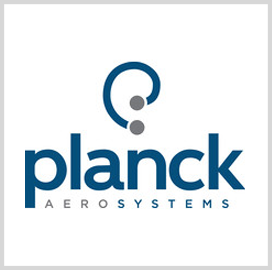 Planck Aerosystems, a San Diego, California-headquartered startup, has received a $500,000 contract from the Department of Homeland Security.

Under the deal, Planck will continue testing and deploying its autonomous small unmanned aircraft system in operational settings managed by the U.S. Customs and Border Protection.

The phase five award marks an ongoing partnership between the Silicon Valley Innovation Program and the CBP to provide “rugged, highly mobile tools” for agents to enhance situational awareness in the field, the DHS said.

Previously, the autonomous drone company refined its sUAS solution based on requirements and input from CBP, including autonomous navigation, automatic target detection and geolocation, and advanced wingman features in support of agents in-vehicle or on foot.

During the fourth phase of the project, Planck demonstrated the enhanced features and the system’s capability to launch and land an sUAS autonomously from the bed of a moving vehicle.

For the fifth phase, CBP and the DHS Science and Technology Directorate will acquire the company’s system to conduct additional testing and evaluation in a controlled environment. The organizations will acquire multiple sUAS and landing and recovery system units to be used by CBP operators in various scenarios and settings, such as for maritime and night operations.

Specifically, SVIP Phase 5 is aimed at validating the requirements, evaluating the cost-benefits and developing a concept of operations for the operational use of the Planck sUAS.

The new phase will provide CBP agents with an opportunity to provide operator feedback and explore the technology to support the agency’s homeland security mission, according to Assistant Chief Patrol Agent Ryan Yamasaki.