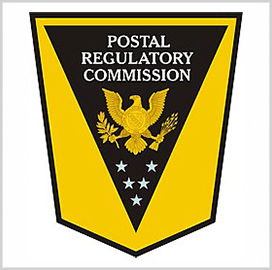 The Postal Regulatory Commission, a government body that oversees the U.S. Postal Service, has appointed Russell Rappel-Schmid as its first chief data officer.

Rappel-Schmid will lead the commission’s data governance functions. He will also oversee efforts to comply with the OPEN Government Data Act, PRC said.

He is also credited with launching the state’s first non-geospatial open data portal as well as developing data visualization tools.

Prior to joining the state government in January 2020, Rappel-Schmid served as a data analytics specialist in USPS’ inspector general office, according to his LinkedIn profile. He previously served as an audit manager in the office’s sales and marketing directorate.

PRC said that early in his career, Rappel-Schmid supported data-driven internal audits while on active duty in the U.S. Marine Corps.

He served as the manager of a team of up to eight auditors who worked on functions such as retail, recreational services and fitness centers, according to his profile.

Rappel-Schmid served as an aircraft firefighter and rescueman for the Marine Corps from 1988 to 1997. He provided first aid and maintained firefighting equipment as part of his job to protect the service’s assets.

He earned a graduate certificate in geographic information systems from Penn State World Campus and a bachelor’s degree in accounting from Campbell University.