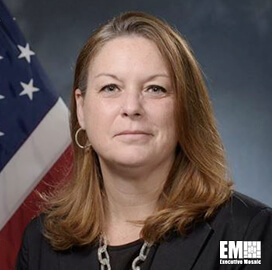 Kim Cheatle has been selected by President Joe Biden to serve as director of the U.S. Secret Service. Cheatle was part of Biden’s security detail when he was still vice president.

Biden emphasized her leadership acumen and said she is “the best choice” for the role. According to Alejandro Mayorkas, Department of Homeland Security secretary and 2021 Wash100 awardee, Cheatle’s knowledge, skill set and perspective will ensure the agency’s growth, FCW reported.

A 25-year veteran of the agency and 2021 Presidential Rank Award recipient, Cheatle has occupied various senior roles within the USSS, rising as high as assistant director of the agency’s Office of Protective Operations. Her tasks included budget management, development of operations policy, risk mitigation and direction of staffing and logistical activities. She currently heads PepsiCo North America’s facilities, personnel and business continuity as senior director.

Cheatle will succeed James Murray, who announced he would retire in July but stayed on to lead amid increased scrutiny over USSS activities during the Jan. 6 Capitol attack. Murray is set to take on a new role at Snap.

Other recent appointments at the Secret Service include Anthony Guglielmi as chief of communications in April and Roy Dotson as national pandemic fraud recovery coordinator in December 2021.