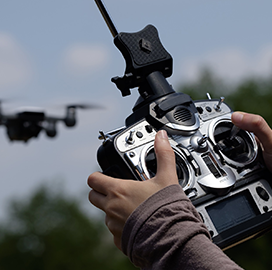 Officials at PSAB are integrating Air Force and Army resources and personnel into the base defense crew and putting them under regular training to build familiarity and improve execution.

According to Lt. Gen. Alexus Grynkewich, Ninth Air Force commander, initiatives to defend against drones are starting to be applied above base level. Grynkewich added that questions are being asked about when to employ base defense crews as opposed to operational level assets such as artillery.

Within the continental U.S., lawmakers have introduced legislation to address UAS threats to controlled airspace such as airports. Samantha Vinograd, the acting assistant secretary for counterterrorism and threat prevention at the Department of Homeland Security, told a Senate committee that almost 2,000 drones have been sighted near national airports since 2021. The bill, called the Safeguarding the Homeland from the Threats Posed by Unmanned Aircraft Systems Act, would re-empower the DHS and Department of Justice to track down and address threats.