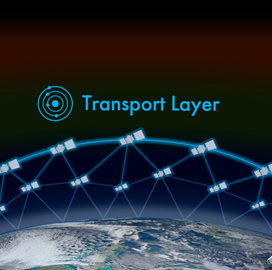 Space technology companies Redwire and MDA separately announced Tuesday that they have each been awarded contracts to produce tactical communications antennas for satellites in low Earth orbit. The antennas being procured will be installed on satellites that will be part of the Link-16 tactical data network for the United States military, SpaceNews reported Tuesday.

Florida-headquartered Redwire told reporters that it is under contract to deliver 42 high-gain Link-16 antennas over the next 18 months but was mum about the organization that placed the order. A Redwire spokesman explained that the company is not permitted to disclose the value of the contract or the specific customer. However, SpaceNews said that the customer is likely York Space Systems, citing earlier announcements.

Meanwhile, Canada-based MDA said it received a contract from Lockheed Martin for 42 antennas to be installed on the Space Development Agency’s Tranche 1 Transport Layer. The company added that it will supply Lockheed with steerable Ka-Band and Link-16 antennas as well as the satellites’ GPS antennas but refused to disclose the value of the deal.

In February, York Space Systems, Lockheed Martin and Northrop Grumman were each awarded contracts to produce 42 satellites for T1TL.

On its website, the SDA said the Transport Layer is envisioned, modeled and architected as a constellation varying in size from 300 to more than 500 satellites in LEO, ranging from 750 to 1,200 kilometers in altitude. It was explained that Link 16 antennas are essential to these satellites for transmitting and exchanging data with all users of the tactical data network.