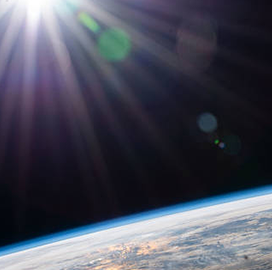 TESS was launched in April 2018 and surveys the sky from an elliptical two-week orbit above the Earth. It carries four cameras to perform its observations but a fifth was manufactured as a flight spare. The proposed second mission would be equipped with the spare and be positioned about 1.5 million km from the planet at what is known as the Earth-sun L-5 Lagrange point. The mission would be called TESS L5, SpaceNews reported Friday.

George Ricker, principal investigator for TESS at the Massachusetts Institute of Technology, told SpaceNews via email that TESS L5 would help validate the observations made by the original TESS. The two spacecraft would be looking at the same part of the sky using the same equipment but from two different locations. Getting the same results would increase confidence in the data.

Ricker also believes TESS L5 could help spot other objects in the solar system, including those beyond the orbit of Neptune, as well as those approaching the Earth from the direction of the sun.

Ricker clarified, however, that the project is still in the conceptual phase and its realization depends on the condition of the original TESS spacecraft. The MIT researcher expects a 2026-2029 launch timeframe for TESS L5 if the TESS mission is extended.

TESS is already on an extended mission, its primary mission having ended in 2020. A second extension is expected to begin in 2022 and last for three years.

Project officials have noted that the spacecraft is in good condition, giving them confidence that it could continue operating into the next decade.