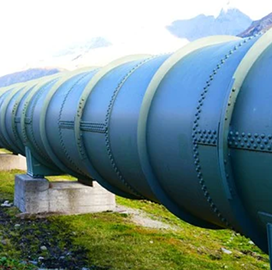 Richard Glick, the commissioner of the Federal Energy Regulatory Commission, said during a hearing on Wednesday that he is supporting a piece of legislation that would create an organization within the Department of Energy that would oversee pipeline cybersecurity.

The legislation was proposed by Rep. Bobby Rush, chairman of the energy panel at the House Energy and Commerce Committee. The proposed bill would create the Energy Product Reliability Organization, a group that will be modeled after the North American Electric Reliability Council.

The group will use an industry-led stakeholder process and will operate with sign-off from FERC. According to Glick, the approach will be effective when it comes to securing oil and gas infrastructure and noted that the approach has been effective in the electricity sector, Nextgov reported.

The call for a separate organization follows opposition from Senate lawmakers about an emergency directive from the Transportation Security Administration following the Colonial Pipeline hack. Speaking at the same hearing, Deputy Energy Secretary David Turk shared that a longer-term regulatory framework would be better than an emergency directive and added that cybersecurity should be considered as a part of reliability for the oil and gas sector.

There is no Senate equivalent for Rush’s proposed bill yet, but the chair and the ranking member of the Senate Commerce Committee said the private sector should provide input in governing pipeline cybersecurity.