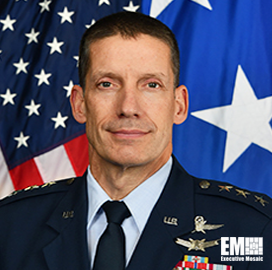 Skinner assumed command of JFHQ-DODIN and directorship of DISA during a ceremony at Fort George G. Meade in Maryland.

He succeeded Navy Vice Adm. Nancy Norton, who retired after 34 years of service to the nation, DISA said.

Previously, Skinner served as the director for command, control, communications and cyber for the U.S. Indo-Pacific Command at Camp H.M. Smith in Hawaii.

Speaking about his new role, Skinner emphasized the need to act swiftly in order to stay ahead of the competition and provide senior leaders and warfighters with mission-critical advantages.

“We are the backbone of these operational forces. We are also the command and control experts who are maneuvering the DODIN and the forces on the DODIN to build, operate, secure and defend our department’s information networks,” he added.

Skinner also challenged those under his leadership to embrace progress and prioritize advances for warfighters and mission partners.

The change of command and directorship ceremony also doubled as an event in honor of Norton’s contribution to JFHQ-DODIN and DISA.

US Navy Looking to Blend Electronic Warfare, Cyber Capabilities With Next Generation Jammer